Last April, my husband surprised me with an anniversary trip to Hawaii. The second leg of our trip we spent eight glorious days on the island of Maui. Honua Kai Resort, on Kaanapali Beach’s north coast, served as our home base.

Each day, we’d venture out and explore a different part of the island. One of my favorite drives was to the breezy south coast. I adored the winding curves, the scenic overlooks, the wild surf, effervescent beaches, and aquamarine sea. Every so often, hubby and I would stumble upon a beach where driftwood washed ashore. Majestic trees, barren and seasoned by the radiant island sun, told their stories.

One such tree, I fondly named the “Lei Tree” , spotted near Ukehame Beach Park. Reposed on the western shoreline, her resilient, sinewy neck lay adorned with colorful leis – each represented a victory she’d won, a battle she’d conquered. She was a true, Hawaiian warrior princess.

I often reminisce about that statuesque lady. Her memory makes me smile.

She represents the true ‘Spirit of Aloha’ – arms open, ready to love…ready to give.

According to the Hawaiian people, Aloha also means love, compassion, kindness and grace. Its literal Hawaiian definition is “The presence of (Divine) breath.”  Taken from Alo = presence, front, or face and Hâ = breath. …

In Hawaiian culture, the spirit of aloha goes well beyond a simple greeting.

It is a way of life.

At this time of year (and maybe even every day), let’s try and spread the Spirit of Aloha to those around us. Every one we meet on the street, in stores, our friends, our family…

Maybe our lives would be that much fuller, if we accepted people for who they are…..

Her work can be found here:

On this day, I’d like to pay tribute to all those who served on that day December 7, 1941, and either lost their lives, or survived the attack on Pearl Harbor. Specifically, I’d like to honor my Dad, Joe, who served aboard the U.S.S Vestal in WWII as a Chief Petty Officer.

She first came into service in 1914 during the Vera Cruz affair, followed by service in World War I.

“At a time when most ships are faded memories, U.S.S. Vestal, at the age of 32, was awaiting the then, unknown attack on Pearl Harbor, 7 December, 1941. Anchored alongside the battleship U.S.S. Arizona, where she had moored several days before, some of her crew had gone ashore to church. Others were carrying on the ship’s work and the rest were making the most of a Sunday routine.”

When the attack came, General Quarters sounded, and all hands dispersed to battle stations. The ship’s three-inch gun began booming, even though it was the only gun used in action.

“A bomb hit forward, going through four decks and exploding in the general stores storeroom. A moment later, a second bomb hit after of the quarterdeck and went through the carpenter shop, down through four decks and the double bottoms. By now, the Ole Vesta, was blazing like the goddess she was named for, as the forward bomb had started fires in the hold and was endangering the ammunition in the forward magazines. The bomb hit aft had opened the hull plating and water was gushing in.”

We all know the fate of the U.S.S. Arizona.

Commander Cassin Young received the Medal of Honor, for his heroic efforts. After the U.S.S. Arizona exploded, with extreme calmness, he moved the Vestal to an anchorage distant from the Arizona, beaching it, thus, saving his ship.

Dad received orders after the U.S.S. Vestal was repaired and set sail in August of 1942 to the South Pacific. He told tales of going ashore on New Hebrides where the shipmates traded candy and cigarettes with the island natives in exchange for a good night’s sleep on the beach, while the islanders kept a watchful eye for enemies.

During his tour, Dad visited the South Pacific islands. I imagine those landscapes must have been untouched at that time. Dad spun tales of throwing a boomerang on the beach in Australia, and yes, it did come right back to him! I still have that boomerang – it hangs above the door from the kitchen to the garage, in an upward position – catching all the luck and good fortune it can.

I discovered that as a molder, it was his duty to dive underwater to repair submarines. I didn’t learn this until after he had passed away. Maybe this is why I have such a passion for scuba diving and the underwater world.

Did you know that during the two months that followed August 29, 1942, the Vestal completed 963 repair jobs for 58 ships and four shore installations? Saratoga, South Dakota, New Orleans, North Carolina and five destroyers were just some of the ships.

All I know was, he was my hero.

I cherish a crumbling photo album he compiled from the 1940’s, displaying photos of Mom, my brother, my aunts, and his friends in the service, places he’d visited, communique’s, and items he cherished – one being the letter Mom wrote to Dad announcing the birth of my brother, Richard.

I even found a small business-size card inducting him into the “Ancient Order of the Deep” as a “Trusty Shellback” for crossing the equator aboard the U.S.S. Vestal on August 20, 1942 signed by Davy Jones and Neptunus Rex, bearing two red seahorses and an official imprinted seal. (smile)

My only wish – that I knew ALL the stories he had to tell, not just bits and pieces.

People, if you have the time, sit down and listen to your grandparents and parents tell their stories. Ask them details, find out what happened the day you were born, talk about historic events – because time is precious. Before you know it, it’s flown by, like a gust of wind.

If you get the chance, visit the Pearl Harbor Memorial in Hawaii. It’s hard to even comprehend the ‘big’ picture of what happened that day, until you visit.

Oil still surfaces from the depths of the U.S.S. Arizona today in pools of rainbow hues. Some say it’s the souls of those who perished. It’s such a somber and emotional experience.

My thoughts and prayers go out to all those families today, of those who served in World War II. May you all have a blessed Christmas.

Peace out and Love, 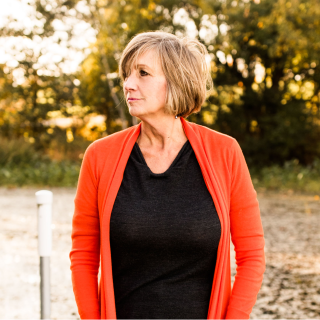